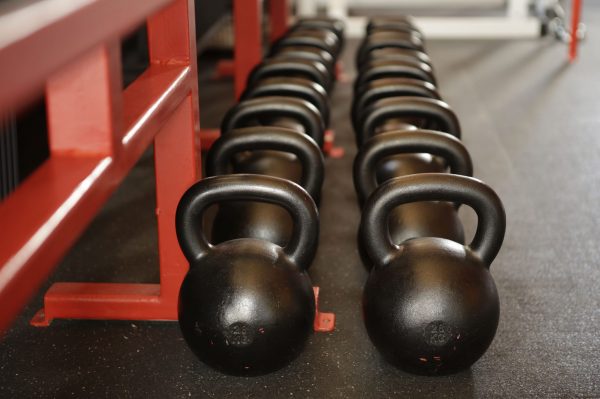 I am Not a Milk Dud: A Postpartum Lactation Suppression Experience

Today’s post is written by Emily from EmPowered Mama. I’ve had the pleasure of knowing Emily for nearly 20 years and when she shared her lactation story on social media, I knew that it would help others to see it, too. If you enjoy reading her insights and her honest take on the postpartum experience, I encourage you to check out the rest of her blog at EmPowered Mama.

If you want to learn more about lactation suppression and other breastfeeding topics, please reach out and let me know! I’d be happy to hear from you and provide more information.

I am a Type A person: a three-time post-secondary honours graduate with a chronic over-research problem. Give me books, give me articles, give me the power of Google, and I will cross allll the t’s and dot all the i’s before problems even have a chance to arise.

As a first-time Mom with bipolar type 1, I had to do more pre-baby planning than the average mama bear. I got a midwife. I had a great team of prenatal doctors. I consulted with a pediatrician and a prenatal specialist and a mental health maternity nurse. I read all the things. I asked all the questions. I got all the answers. Pregnant me felt pretty darn good about all the possible postpartum snaggles that might arise.

I had my baby girl on April 13th, 2019 after a short but difficult birth including forceps and a front to back episiotomy. She also had a four-day stint in the NICU with bowel problems and then jaundice. I had been prepared for these things, so we passed those tests with flying colors.

Breastfeeding was never an option for me. Because of the dose of lithium that I am on for my bipolar, I knew from the start that I wouldn’t be able to nurse my daughter. I had to prioritize the stability of my mental health over my ability to bond with my daughter in that way. I had 40 weeks to get over my sadness about that, and when she was born, she ended up needing specialized donor milk that I wouldn’t have been able to provide her anyway.

I got to take my baby girl home from NICU on Day 4 of her life, and for one Glorious day, everything in my new home with my new family unit was wonderful.

I had known since week 12 of my pregnancy that I wouldn’t be able to breastfeed. So when I was reading all those new Mom books and asking all those questions, I skipped over all the helpful chapters on anything to do with breastfeeding and I didn’t ask a single question about milk-related anything.

And on Day 5, while I was sitting on my couch with my girl, I realized that my breasts were quite large. In the 24 hours postpartum while I was still in the hospital recovering, my breasts had been laughably small. It was as if they knew I wouldn’t be using them, so they shrunk down from their regular C to a tiny little A. But on Day 5, I looked down and they were up to a C again. That was around 3 p.m.

By 5 p.m., they were large, full and leaking. By 7 p.m., we were watching a scene in a movie where a little girl falls from a ship and cries out for her mother, and my breasts were spraying milk at the screen. It was insane. It was unplanned for. I knew I wasn’t supposed to stimulate my breasts in any way, but they were getting bigger by the minute. I texted my midwife. She recommended using cold cabbage leaves and stuffing my bra with the Lansinoh ice bra inserts that I had found in the Canmore Parent Link donation bin (washable cotton covers- not as yucky as one might think secondhand- or more aptly- secondboobed.)

By 1 a.m., my breasts were throbbing. They were full to bursting, had hard clumps in them, and were burning hot to the touch. I was wearing a two-sizes-too-small sports bra packed with cabbage leaves and then ice pack bra inserts. I had been taking 4 Advil and 1 Tylenol every 4 hours for my episiotomy recovery, so that kind of helped with the pain management of my now also painful breasts, but not very much. I had been told to pack my bra with the icy things and then sleep on my tummy/chest. I’m typically a fetal position sleeper, so the prospect of ‘sleeping’ with freezing cold things mashed into my bra and in a position that I never normally sleep in basically meant ‘don’t sleep.’

By morning 6, I was losing my mind. My breasts felt as hard as the round wooden sphere that sits atop my bannister. They were aching. Throbbing like an injury. I called my midwife again. She mentioned that Sudafed has been found to be an effective ‘off-label’ medication that helps to dry up milk supply. According to Wikipedia, off-label use is “the use of pharmaceutical drugs for an unapproved indication or in an unapproved age group, dosage, or route of administration.” As in- Sudafed is an excellent medication for fighting allergies that while being studied in pregnant women was also found to dry up milk supply. I added Sudafed to my list of weapons and then hopped on Facebook to query every woman in my list of friends that could possibly help me. A friend of my husband’s recommended Vitamin B6. I had friends coming over that afternoon and I begged them to bring Sudafed and Vitamin B6. I sent my hubby out to fetch me two more cabbage heads.

Day 6, 7 and 8 consisted of taking Advil, Tylenol, Sudafed and Vitamin B6 cocktails every 4 hours, wearing a size 4 bra for my size 8 body, and packing it with cabbage leaves and frozen gel packs. I would pack my bra with frozen things and an hour later, I would peel the leaves out of their chest cage and they would feel cooked. Boiling hot and wilty. My hubby and I became experts at peeling just the right cabbage leaves off the heads. A full cabbage leaf that could cover the whole breast was gold. I stuffed three Tupperware sandwich containers with prime cabbage leaves and put them in the freezer. That way, each time I pulled the wilty ones out, another container was ready and I could pop the used ones back in the freezer.

I was advised to take really hot showers when the pain got too bad. My midwife told me to stand with my breasts facing the shower stream and if some milk came out while doing that, it was okay. The idea was that my milk could come out however it wanted, so long as I wasn’t expressing it purposely by pumping or stimulating my nipple in any way. I had nightmares that my husband was touching my nipple- the fear of producing any More milk than was already brewing in my breasts at that point was terrifying. When they got too full and the threat of mastitis was too high, a friend advised me to ‘milk myself like a cow’ in the shower. I died laughing when she said it, but about an hour later, there I was in the shower, mooing away and trying to eke some out. Having no idea what in hell I was doing, I only managed to express about three drops per nipple, but it felt like heaven.

Between feeding my newborn daughter, the pain of my perineal and vaginal healing, and my every 4-hour-cycle of pain and weaning meds, sleep was near-impossible and emotions were high. I was sad that my breasts were so full and that the milk in them was lithium-contaminated and therefore useless to my daughter. If I did not have a lifelong mental illness, I could have been a really great breastfeeder. I thought I had grieved that loss during my pregnancy, but I had to re-mourn it when I actually became a milk-producer. I kicked myself for not planning for my milk coming in. What did I think was going to happen? Did I think that my body would just go against two hundred thousand years of being Homo Sapiens and not produce milk because it knew that my mind was planning on being a formula-feeder?!

On Day 10, fresh out of a shower and excitedly running to tell my husband about something cute our daughter had just done, I stopped running mid-step and looked down.

I have never been so happy to look down and see tiny, floppy, empty little boobies in my life.

I am lucky in that it took me only 5 full days of treatment to fully dry up my milk supply.

I’ve read that for some women it can take weeks, and I can’t even imagine that.

If I could have told future me anything while I was pregnant, I would have told her to have three containers of cabbage leaves already pre-peeled and frozen, Sudafed, Vitamin B6, Tylenol and Advil already purchased, and a few too-tight sports bras on hand. I also would have told her to read up on the signs and symptoms of mastitis and some articles on how to dry up milk supply before the milk had come barreling in.